Some investors believe that it is a good time for buying more gold now, for Q4 is usually positive for gold.

This believe is based, among other, on the assumption jewelery demand increases at the end of the year.

Indeed, if you take a look at the average monthly returns over the last 41 years (1969-2010), price of gold was increasing in September, November and December: 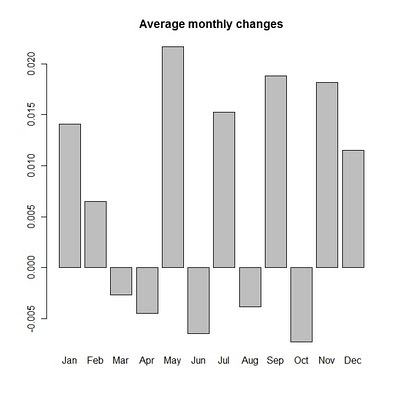 Both Q3 and Q4 were on average positive for gold, and stronger then Q1 and Q2: 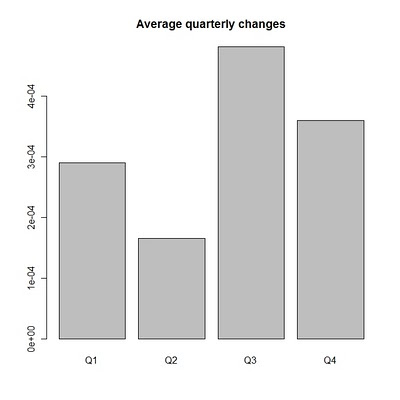 However if you take a closer look at the distribution of monthly changes, the pictures gets less clearer. September was historically a very volatile month, and while average returns for 3 out of 4 months in Q4 were usually positive, the probability of loss was still substantial: 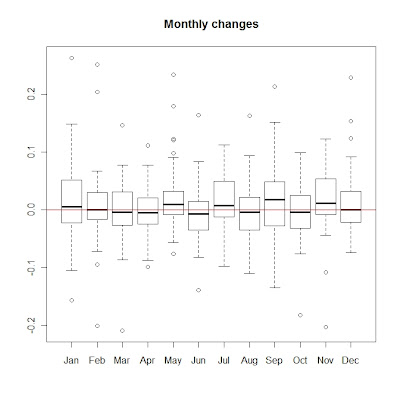 The randomness of changes is even more visible, when you combine two consecutive months - now average bi-monthly returns are very close to zero. 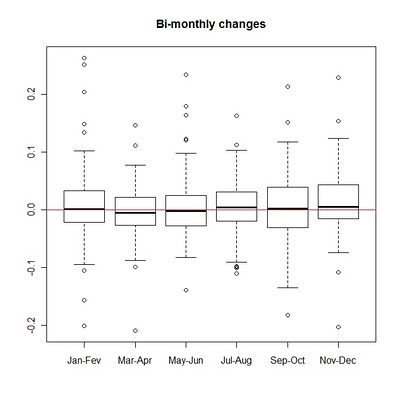 And still more when you analyze daily data - here you can see that daily changes oscillate around zero each month, without a clear tendency: 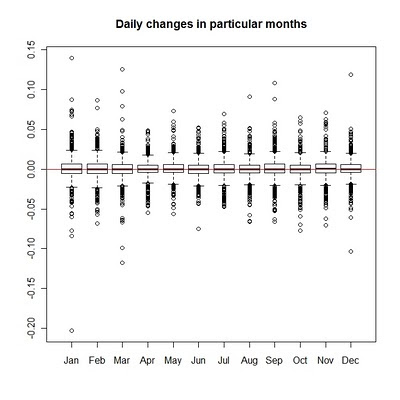 You can also take a closer look at the distribution of changes in potentially the most beneficial months, such as September and November - in the former positive average return was generated by infrequent high results, and in the later the distribution is rather symmetrical with some outliers on the negative side:


Fig. Histogram of changes in September 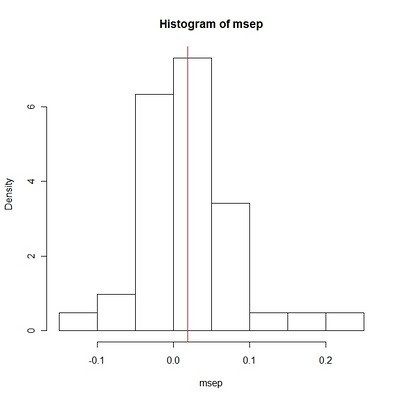 Fig. Histogram of changes in November 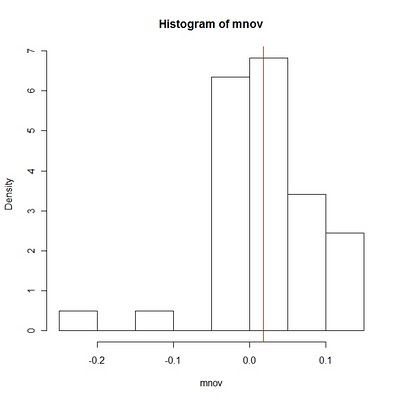 Hence, based on the available historic data I cannot agree that the probability of gain from investing in gold now and holding it till the end of the year is significantly higher then making a loss on such an investment.


I just can't see a visible cyclical / seasonal pattern in gold prices. But maybe somebody else can and would correct me?

You can also find my bookmarks for articles about gold at: http://delicious.com/reakkt/gold
Posted by mjaniec at 4:37 PM
Email ThisBlogThis!Share to TwitterShare to FacebookShare to Pinterest