Back in July 2008 some hedge funds decided to sell oil short and buy gold.

It was based on an assumption that oil and gold are closely correlated and 1 ounce of gold is equivalent to 10 barrels of oil.

Such relation held true till the beginning of 2008, when first the oil overshoot gold, and later felt down below the previous parity. 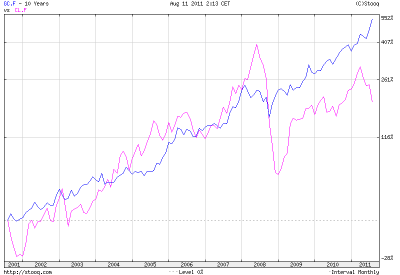 Most recently the prices diverged significantly again. As for August 10th, one ounce of gold can buy 22 barrels of oil (1796:82). 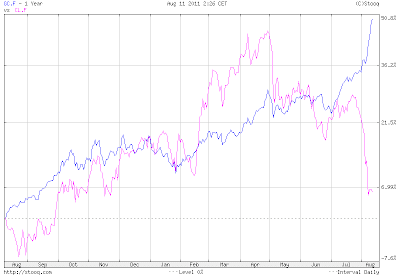 Gold is most probably entering the final phase of the bubble. It is hard to predict how far it can go during its ultimate exponential ascent. Meanwhile oil is falling in anticipation of economic slow down.

Clearly both assets are on different dynamic trajectories and the gap can extend even further. However, this divergence will most probably end. And the bigger it is, the stronger reversal can occur. 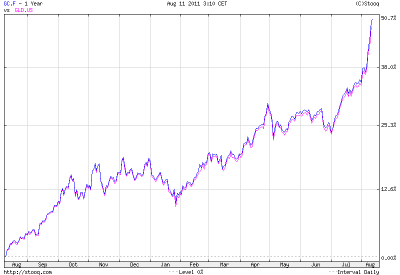 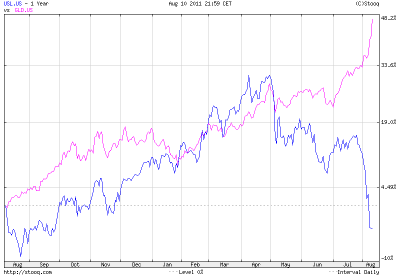 Alternatively one can use futures.

Let's see what will happen...


Posted by mjaniec at 3:35 AM
Email ThisBlogThis!Share to TwitterShare to FacebookShare to Pinterest