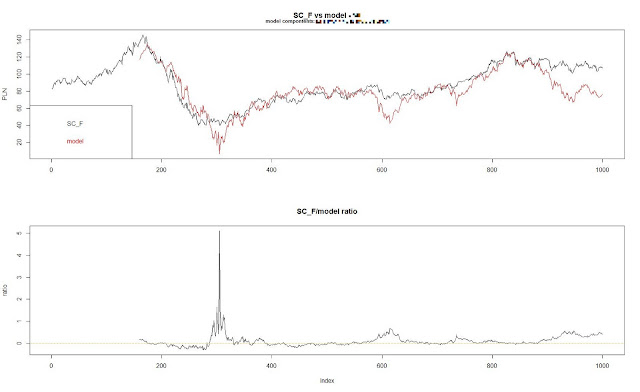 Above you see the chart presenting the price of the Brent oil futures versus some context model.

This was an experiment, since the model was designed to asses prices of some other assets. Brent oil was originally a part of the context. Then I turned the model around.

It would be an interesting indicator for buying context if only I was using this model in 2009...

Hopefully the method will be ready soon for other extremes :)

Posted by mjaniec at 6:39 PM
Email ThisBlogThis!Share to TwitterShare to FacebookShare to Pinterest