US military expenditures vs GDP

And now for something completely different, as the Month Python guys would say :)

President Obama visited Pentagon yesterday to announce significant military budget reductions over the next decade. The military expenses should be restricted to $487 billion annually reduced by $487 billion in the coming years.

Taking into consideration, that the United States spent $698 billion for its military in 2010, that translates into an unprecedented cut by 30% and CAGR of -3.5% over 10 years an average cut of 7% annually.

However, the US military budget was close to "just" $500 billion as close as in 2005, before it shoot to the last year's level of nearly $700 billion.

Nevertheless, the announced military cut can possibly have some significant implications to the economy, for: 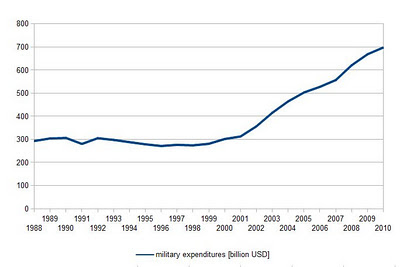 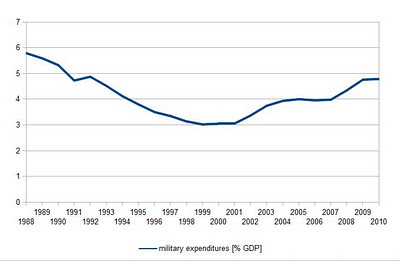 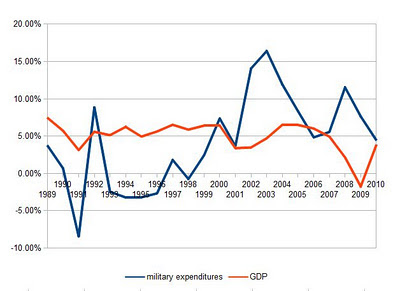 
Posted by mjaniec at 11:32 AM
Email ThisBlogThis!Share to TwitterShare to FacebookShare to Pinterest