What do you get for the fund management fees?

I've recently mentioned that only some small Polish non-benchmark (semi-hedge) funds decoupled from the general market deterioration in 2011.

But how they really compare to the market and how they are correlated between themselves? 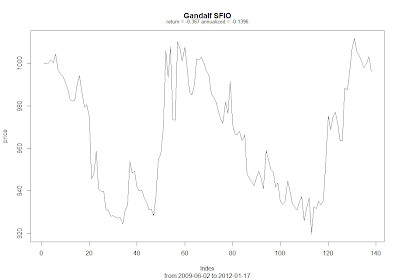 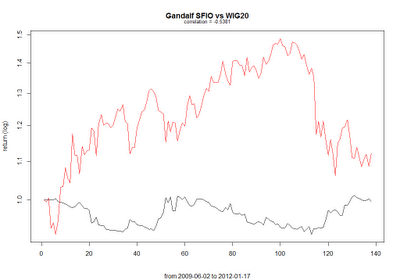 The main feature of Gandalf SFIO is its low negative correlation with the index. 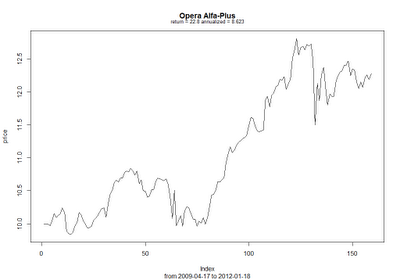 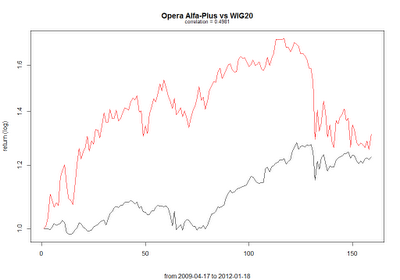 In contrast to Gandalf SFIO, the correlation between Opera Alfa-Plus and WIG20 is slightly positive.

It gets quite interesting when you compare performance between the funds: 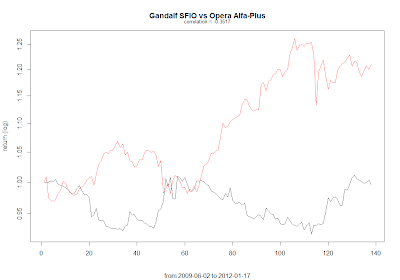 Opera Alfa-Plus has clearly been better performing than Gandalf SFIO so far, but the funds have been negatively correlated, so the future may change that.

Nevertheless, beating the index (basic buy and hold strategy) is not an easy task. So what do you get for the management fees?

Posted by mjaniec at 9:03 AM
Email ThisBlogThis!Share to TwitterShare to FacebookShare to Pinterest