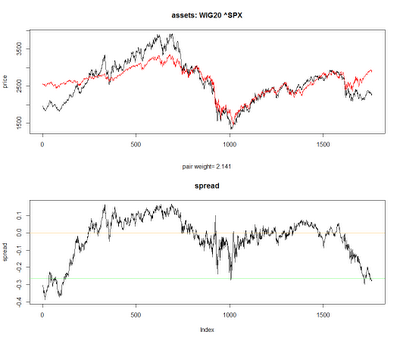 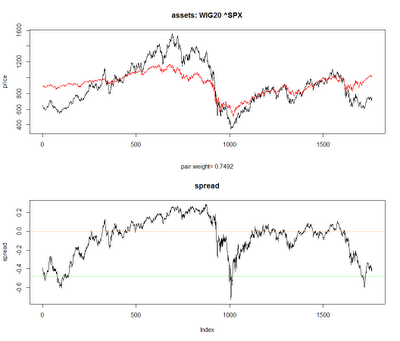 A couple of days ago I mentioned a visible decoupling of WIG20 and S&P500 indexes.

I noted that most probably it would lead to a contraction of the distance between the indexes by a larger correction in S&P500 than should be expected in the WIG20 case.

Here we have another reinforcement of this hypothesis.

The chart above shows the co-integrated trajectories of the indexes as well as their spread since 2005.

As you can see we are clearly in the lower range of the possible spread values, and at the two standards deviations away from the mean spread. This is quite an unusual situation. 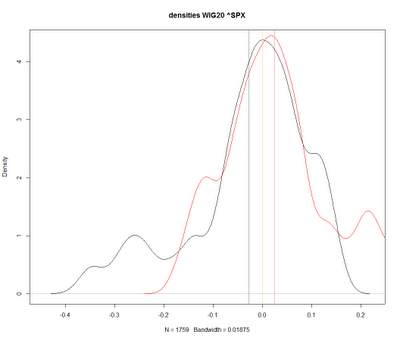 The history suggests that the spread can widen by some additional 10-15 pct. points in really extreme situations before it starts to contract, although such development seems currently unlikely.

Posted by mjaniec at 11:44 AM
Email ThisBlogThis!Share to TwitterShare to FacebookShare to Pinterest