At the beginning of March I've written about the possibility that the Apple share price may be reaching inflection point.

This hypotheses was based on the George Soros' Boom-Bust Model.

Since then the previously dynamic growth of Apple stock prices has rather visibly lost steam: 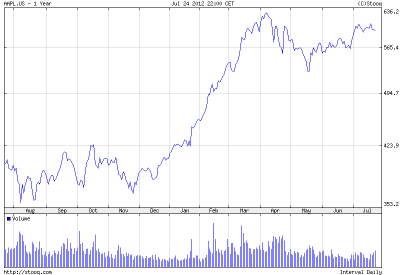 The company performance was pretty solid, overall. But it wasn't stellar as in the past. And the company reported the second consecutive decrease in revenues, that in addition were significantly lower than what analysts expected.

Still, it doesn't mean that Apple's existence is endangered in any way. At least not yet and most probably not in the nearest future.

However, when you take a deeper look on the financial data, you will notice a menacing trend - increasing number of Apple's financial dynamics (1st and 2nd order derivatives) is turning negative: 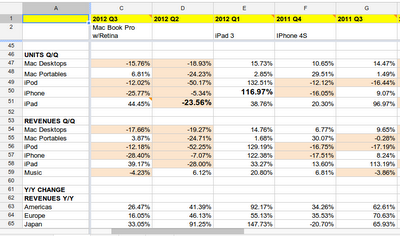 You may combine that with market dynamics for iOS vs Android.

I wonder whether you can draw any analogies from the experiences of Motorola, Nokia or Research in Motion?

Posted by mjaniec at 12:37 PM
Email ThisBlogThis!Share to TwitterShare to FacebookShare to Pinterest