Have you noticed the recent correlation between WIG20's (the key index of the Warsaw Stock Exchange) average volume and its value?

Seems that after the huge volume collapse since 2009, the trading in stocks constituting the WIG20 index has been gradually increasing for about a year.

What's interesting, this growth is accompanied by earlier stabilization and currently gradual increase in the value of WIG20: 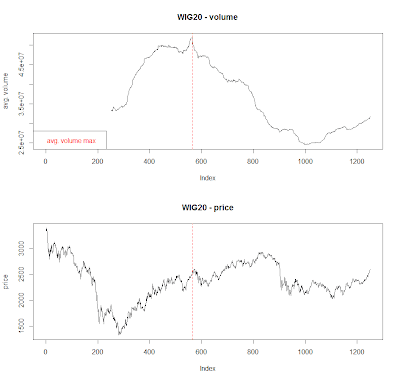 Meanwhile, the recovery in trading in WIG20 does not correspond with similar action in FW20 (WIG20 futures) volume.

Strangely, its quite the opposite. While average WIG20 volume raises, FW20 volume continues to fall: 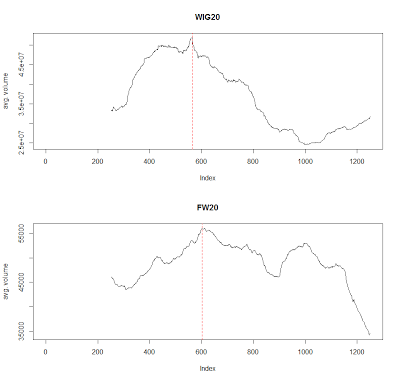 The correlation between WIG20 and FW20 volumes seems broken. 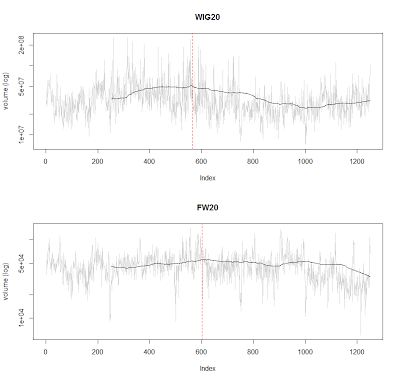 Nevertheless, based on the observed WIG20 volume action, it is possible that we currently entering a longer period of stabilization or growth.

However, it is likely that the Warsaw market may face some correction in the short term - see the next post about volatility and turning points.

Posted by mjaniec at 2:32 PM
Email ThisBlogThis!Share to TwitterShare to FacebookShare to Pinterest