Hunting ghosts of bifurcation in S&P500

Some two weeks ago I wrote about my bad feelings about S&P500.

Maybe I'm just suborn but my bad feelings didn't go away... yet.

Through the previous month, S&P500 levitated between two other major indexes: British FTSE and German DAX: 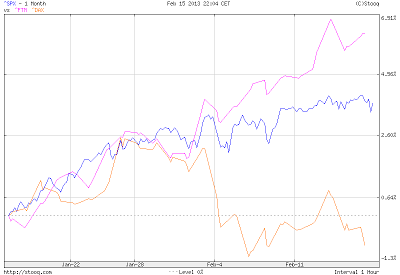 In the coming week one of these directions - FTSE's positive momentum or DAX's negative - will most probably win.

In addition, S&P500 (together with DJIA)'s momentum has recently noticeably surpassed that of NASDAQ: 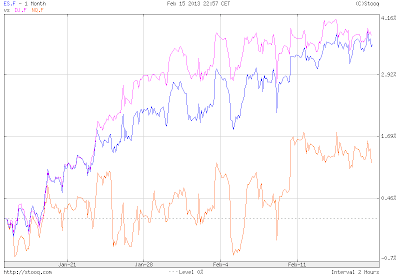 Therefore I have decided to take a closer look at the intraday structure of the S&P500 dynamics.

It is still impossible to find definitive answer there, but a number of very weak signals suggests S&P500 may have peaked last week: 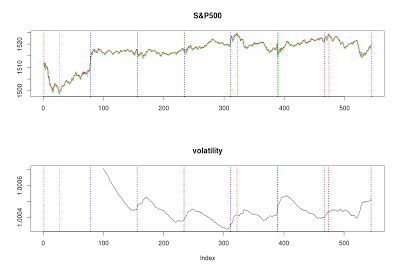 Posted by mjaniec at 2:23 PM
Email ThisBlogThis!Share to TwitterShare to FacebookShare to Pinterest