Let the wind blow or forecasting the wind power

I have mentioned recently, that the production of renewable energy sources is difficult to predict. Let's examine some of the challenges.

The difference between production and forecast can fluctuate wildly, sometimes exceeding +/-50% of the installed wind farm capacity. 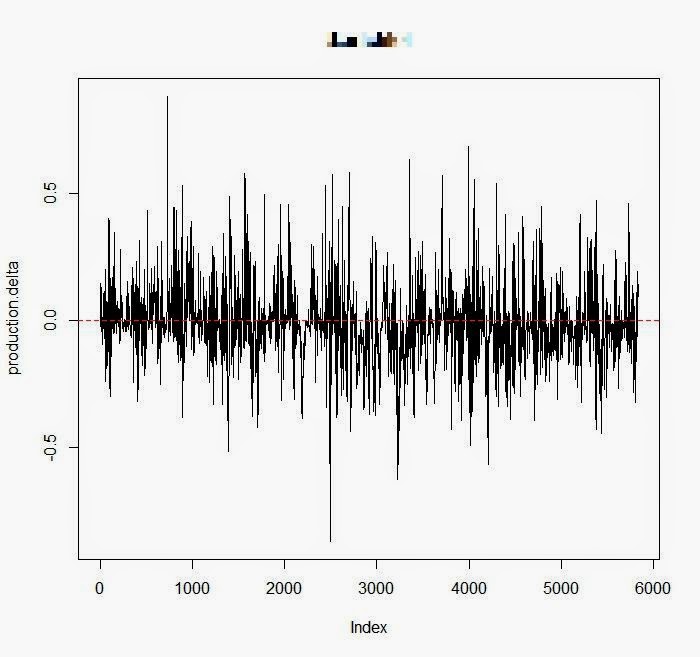 The distributions of differences between production and forecast have high kurtosis, and both tails are pretty long. 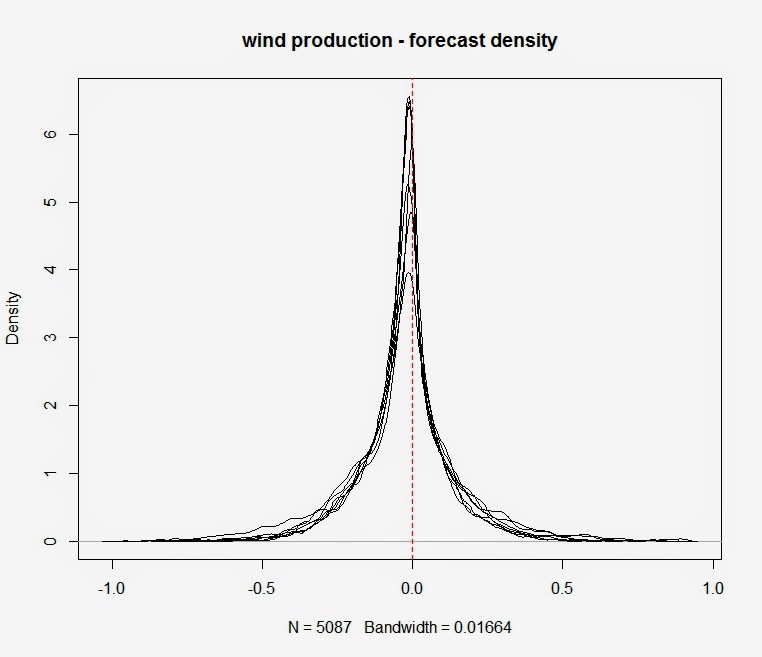 It seems, assumption of the normal distribution of the production, customarily used in wind power forecasting, may not always be correct. 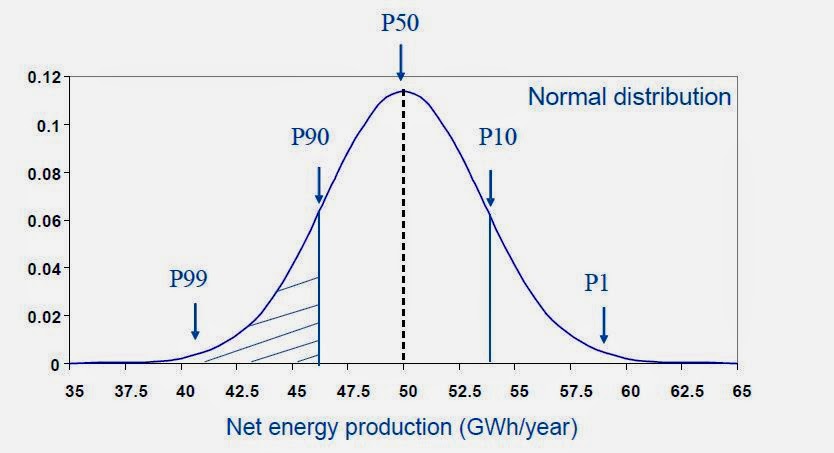 Source: Financing wind farms and the impacts of P90 and P50 yields

It shouldn't surprise then that production often exceeds both conservative P50 and aggressive P90 forecast levels. 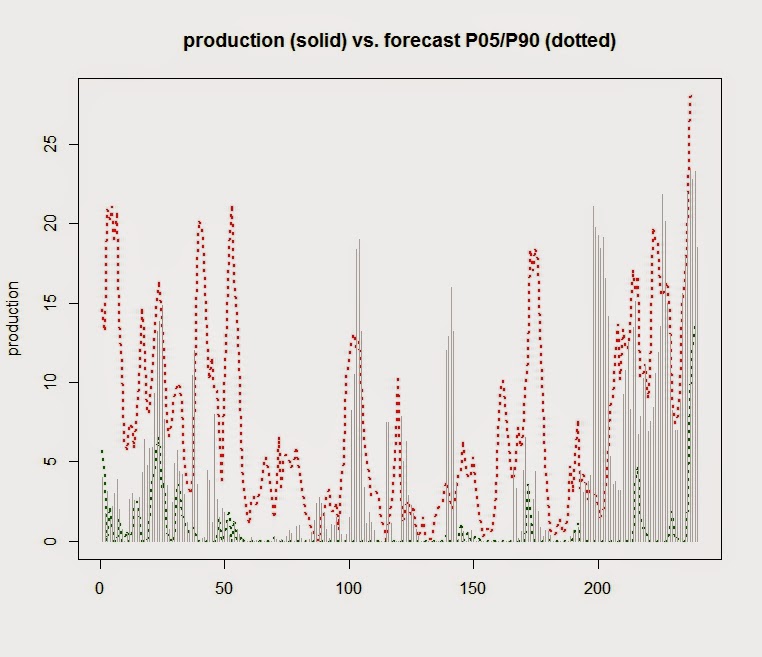 On the other hand, production significantly lower than forecast is also not welcome. Since forecasts are the basis of the declared planned production levels on the Day-Ahead Market (DAM), all deviations require costly balancing.

The forecast spread, or the width of the forecast (difference between P90 and P05), which should reflect the forecast probability does not always add any value. 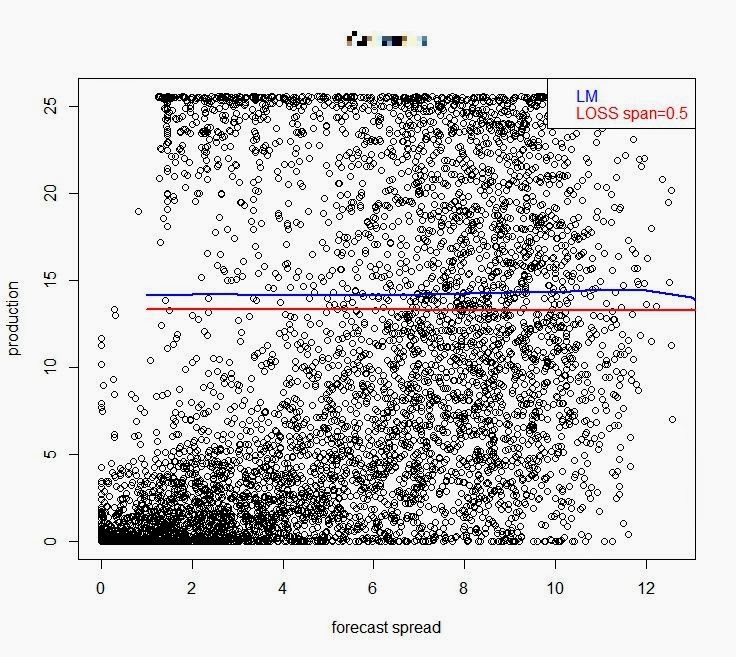 Also, it doesn't help that in addition to the weather-related production forecast, one needs to deal with planned availability of a plant. The planned availability is connected among others with scheduled maintenance, but not everything always goes according to the plan. 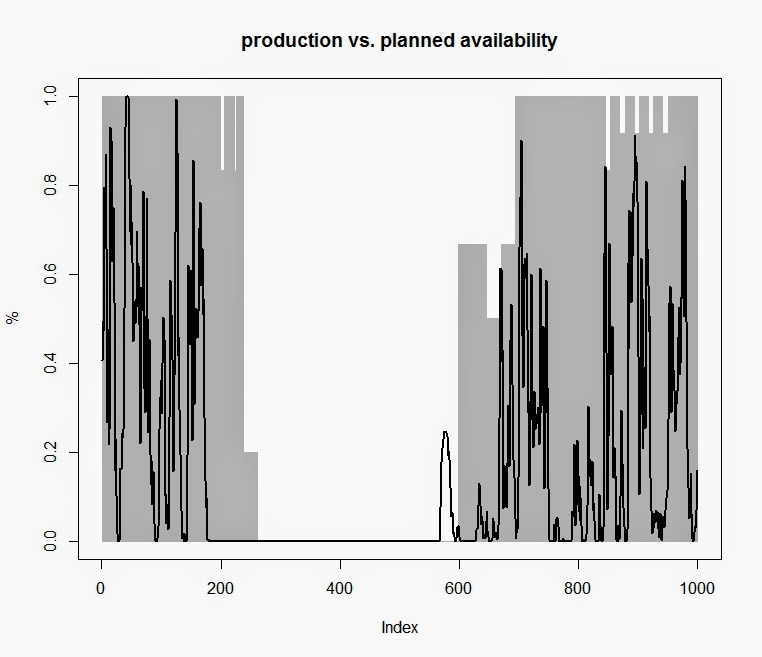 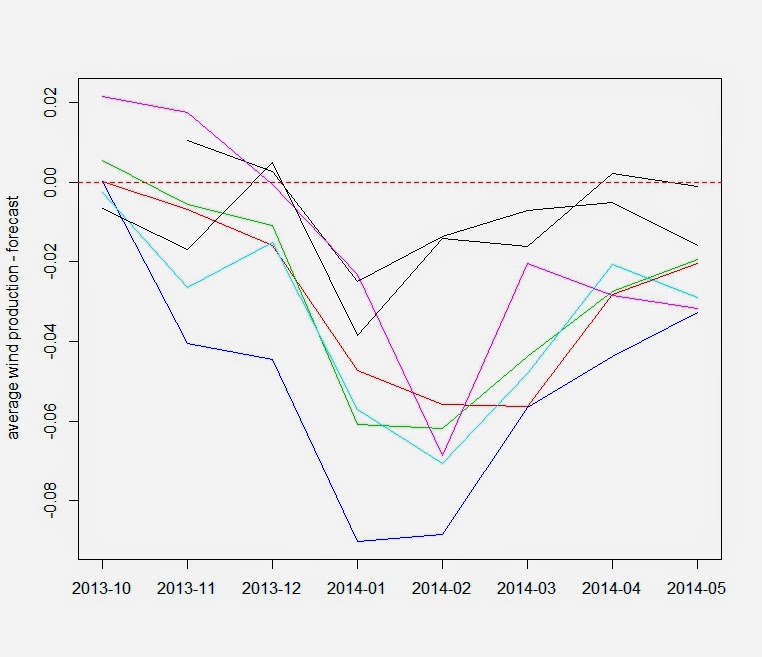 Even with operational information, less than one year of data is too little to decide whether we face here a seasonal effect which should be adjusted for in the next years, or one time event.

To get better alignment between forecast and production the following directions seems promising:
For more about wind forecasting, see: https://pinboard.in/u:mjaniec/t:res/t:wind_forecasting/

Posted by mjaniec at 7:05 AM
Email ThisBlogThis!Share to TwitterShare to FacebookShare to Pinterest