When using the three months moving average of wind production vs. electricity demand, wind turbines actually provided between 5 and 10% of the demand: 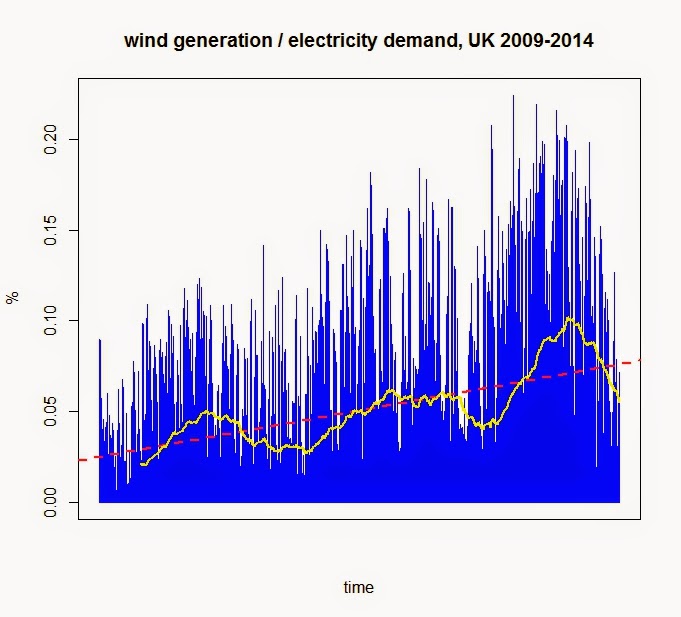 While electricity demand (black) fluctuates substantially, it never goes to zero (the lowest demand is around 40% of the maximum demand). Unlike the wind power generation (red), which sometimes stops completely: 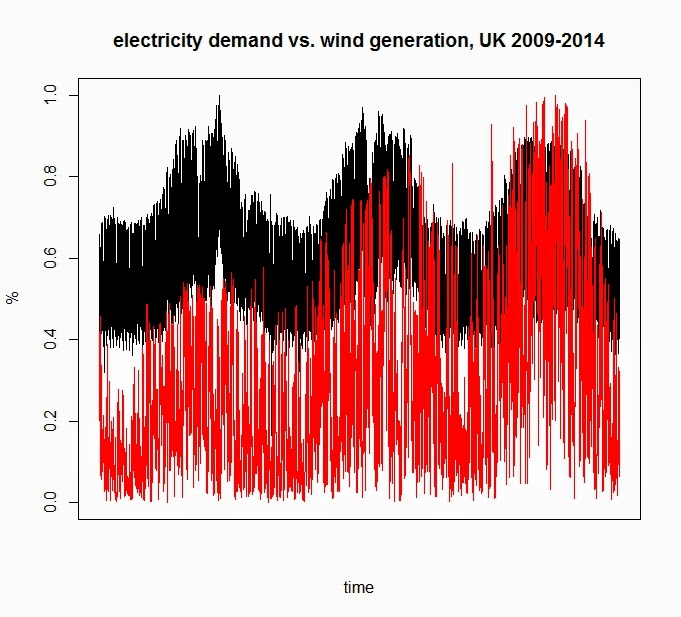 Adding more wind farms most probably won't solve the problem of periodically disappearing wind power generation for the intermittent nature of the resource (fuel) used in the production.

Based on the National Grid status data, wind power generation in the UK was especially weak over the summer months (June-October). Even that the electricity demand was also weaker in summer, wind was able to provide less than 5% of the demand. 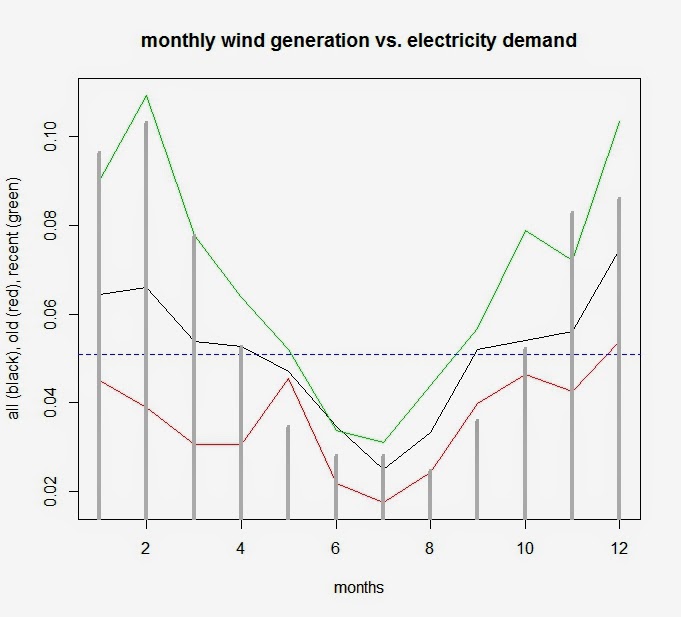 The wind's weakness in the summer months suggests that complementing wind power generation with solar may be one of the mitigation strategies. This makes even more sense, since on average wind is stronger at night, when there is no sun: 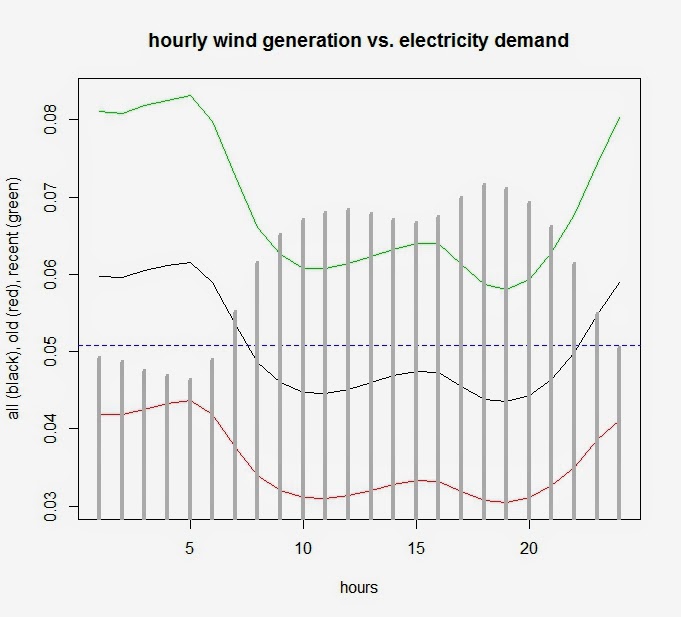 Since wind power generation is stronger at night when electricity demand is weaker, this also hints at the need for the energy storage.

The energy storage is also critical for grid balancing issues. While the amount of the renewable energy  raises, their dynamics sometimes lead to unexpected growth in supply and - as a result - strange electricity price actions.

The UK data suggests that in order to better integrate the renewable energy sources into the electricity system, three issues should be addressed:

Posted by mjaniec at 7:56 AM
Email ThisBlogThis!Share to TwitterShare to FacebookShare to Pinterest

Here's how to cut your electric bill by 75%:

Want to know how to easily produce all of the renewable energy you could ever want right at home?

And you’ll be able to make your home completely immune from power failures, blackouts, and energy grid outages…
so even if everyone else in your area (or even the whole country) loses power, you won’t.

There is a chance you're eligible for a new solar program.
Click here to find out if you qualify now!

Want to know how to easily produce all of the renewable energy you could ever want right at home?

In the United Kingdom, companies become publicly listed companies PLC to get listed on the London Stock Exchange. If you want to invest your money to stock exchange, you should check out the list at dividend yields.

Ve may bay di My